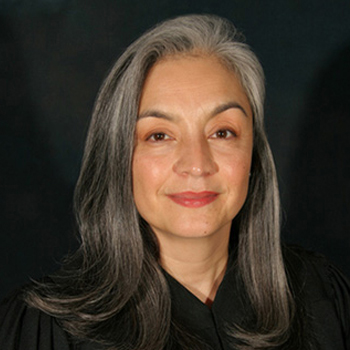 Judge Lena Levario is currently the presiding judge of the 204th District Court. She was first appointed to the bench in 1993 by Governor Ann Richards becoming the first Mexican-American woman appointed in Dallas County. After her appointment, Judge Levario entered private practice and was hired by the City of Dallas to investigate the unlawful arrest of innocent people. The recommendations she submitted to the city were all adopted. She was elected to the bench in 2006 and re-elected in 2010. Judge Levario is recognized for her work in the rehabilitation of defendants and for her work on the STAR court which rehabilitates women with a history of prostitution. She received her Doctor of Jurisprudence degree from Texas Tech University (TTU) School of Law in 1986. She began her legal career as a public defender in Dallas County in 1988. Judge Levario is an active member of the League of United Latin American Citizens (LULAC) at the national level.